Indian Railways will soon usher in a new era with its first “Made-in-India” engine-less train – named Train 18. Also known as T18, this train is set to hit the tracks for trials on October 29, 2018.

Being a  big “Bhartiya Rail” fan, I could not resist myself from watching the news on Train 18, this is another story that I watch and follow all news updates from Indian Railways/ Railway Minister. I was very delighted to see the swankiest ever train, ready to run on tracks of India which is being witnessed as the replacement of Shatabdi Express, But one thing worth questioning – why it is being positioned as replacement of Shatabdi Express, which in itself is a very good train. It could have been positioned as “Concept” train for Indian travellers. Anyways…it is all set of trial run of October 29, 2018, i.e. tomorrow. It is another story that not a single Metro in Mumbai is set for a trial run till date…5 years into the making and not a single track ready completely. These also need immediate attention of concerned authorities.

Good to know, that finally “Make In India” is gaining some traction after its high profile launch in 2016 by Modiji. Train 18 or T 18 has several highlights which makes it stand out amidst the Shatabdis and Rajdhanis of this world.

This Make-in-India train is made from the estimated cost of Rs. 100 crores and is engine-less, which can run at 160 kmph speed and is adorned with swanky interiors. 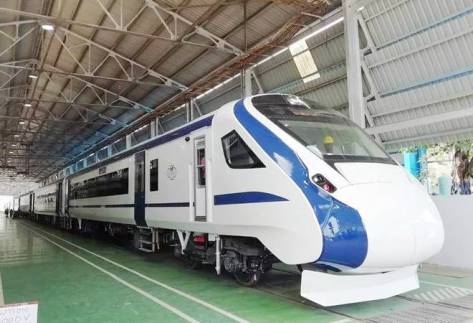 This is a significant leap by the Indian Railways in terms of technology innovation.

10 things about Train 18 that you should know about:

So, get set ready for your ride in Swankiest ever train by Indian Railways.